Is CALEA accreditation really worth all of the work?  That is a question that most every agency asks when considering the CALEA Public Safety Communications Accreditation program.  For the Harrisonburg-Rockingham Emergency Communications Center it is worth it and this is our story.

The Harrisonburg-Rockingham Emergency Communications Center (HRECC) is located deep in the heart of the Shenandoah Valley of Virginia and is staffed with 46 employees.  The service area is a mix of rural Rockingham County and a growing metropolitan area including the City of Harrisonburg.  The HRECC is a combined Center established in 2005 and provides communications services for (10) law enforcement agencies, (20) fire departments and (19) EMS agencies.

Prior to entering into the communications accreditation program the HRECC’s personnel worked hard to produce the best service for all customers.  The administrative staff ensured the latest technology and training for all employees and counted on a futuristic management philosophy to steer the direction of the center.  While the HRECC was producing a good product, it didn’t take long to realize that there were better things on the horizon and that CALEA accreditation could play a part in making the center better.

In November of 2011 the HRECC received its initial award of accreditation.  Personnel had spent nearly 18 months in the self-assessment phase of the process and modified a previously adequate set of policies into a more stringent and well-rounded guide that served as a roadmap by which employees could perform their duties.  The center’s technology coordinator was extracting most all data that came into the center  and reports were provided to the director and operations manager for review each month.  While all of this data was important, the focus was originally more on general areas and perhaps not utilized to their full potential without the driving force and full embodiment of the CALEA standards intent.

Late in 2012, in accordance with communications standards 2.5.1-2.5.4, the HRECC began to better analyze all data and on a weekly, monthly and quarterly basis.  Looking more closely at each report and comparing it to the last, the HRECC administration began to detect trends in call processing times and wondered how the length of time between an emergency call being received, until the time that it is dispatched to responders, could be shortened.  Reports began to be diligently analyzed and input was solicited from the entire staff on how to speed up this process yet not lose any accuracy in doing so.

Soon it became a project of every employee and a teamwork approach developed on how to improve in this important area of performance.   Call takers and radio operators began working more in tune with one another making CAD entry of vital information at the very onset of a call allowing for a quick dispatch of resources by radio operators.  Timely updates were provided to responders after they were already on the way to a scene and no longer did a radio operator feel that they must wait for all information prior to dispatching emergency personnel.  This process became about saving seconds and every employee knew that those seconds often save lives.

Data and reports continued to be analyzed and distributed to agency personnel and all of these efforts were resulting in a decrease in call processing times.  Was this really working?  Calls for service had increased by over 8%, phone calls were up by 7.8%, staffing levels hadn’t been increased since 2005 due to budget constraints and shifts were working at minimum staffing for over 55% of the time.  So how then could this be the case?  How could call processing times be going down, not just by a fraction but by a decrease of 24 seconds equating to a 20.1% decrease from 2013 to 2014?  The answer to this question is CALEA Communications Accreditation.

While the employees of the HRECC are to be applauded for their great efforts in achieving such a significant time decrease, the fact remains that the required CALEA reports and analysis began the process.  Those reports, which likely begin in most every agency as “merely meeting the standard”, became a vital tool utilized by the HRECC to seek out ways to improve in overall operation.  Employee buy-in to the accreditation process is a strong contributor to this success.

The HRECC continues to seek out ways to improve operation and every report is analyzed and serves as a vital tool to the overall success of this 9-1-1 Center.  Tasks that may have once been viewed as “just more work” are now a part of the everyday accomplishments of this workplace.  Accreditation has powered many positive changes in the Harrisonburg-Rockingham Emergency Communications Center, and while this is but one area that demonstrates this change, it is a glowing reminder that accreditation works.  Is CALEA communications accreditation really worth it? To the employees of the HRECC and the customers it serves, yes it is! 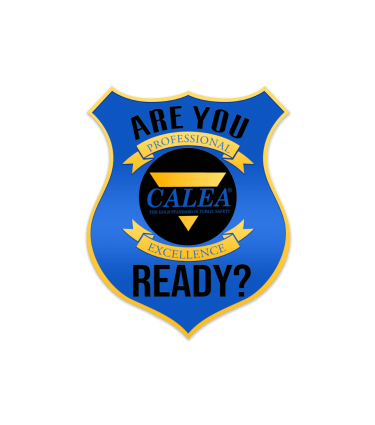 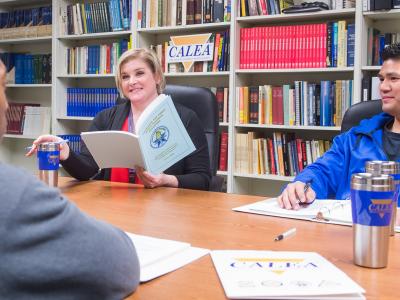 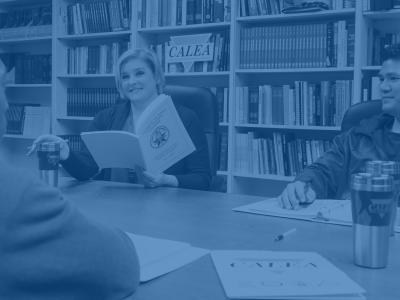