In January 2013, I will begin my 40th year as a police officer; 33 of those years were with the Oklahoma City (OK) Police Department.  I was fortunate to serve on the command staff for 14 years and retire as a major in 2009.  Prior to my retirement the department went through the CALEA process and became accredited in March 2007.  I saw first hand how helpful it was to the department leadership.

In February 2010, I was named police chief in Ardmore, Oklahoma, a city of approximately 25,000 and located halfway between Dallas and Oklahoma City on I-35.  I was the eighth chief in 13 years and found a department beaten down and trying to stay out of trouble.  The shifts were 20% to 40% understaffed and most officers patrolling had less than two years experience.  It did not take long to realize it was not going to be easy to change the culture and build trust with the employees.  In addition, there had been so much controversy that most citizens were sick of hearing about the problems and had lost trust in the police department.  I found myself shorthanded and with a department that did not trust anyone.

The CALEA process had been started prior to me being hired but the city officials told me I could continue it or drop out of the process.  It was tempting to drop out and wait for a more convenient time since we were short staffed.  I called a good friend and CALEA assessor, Randy Scott, of Oklahoma City and discussed it with him.  His encouragement helped me decide to stay with the process and to use it to build confidence in the department by both the officers and the public.  I stayed in the process and the Ardmore Police Department proudly received CALEA Law Enforcement Accreditation in July 2012.

Being accredited has helped to show the citizens we are working at a higher level and in an approved manner by following nationally recognized standards.  The perception of the department has improved and our officers take pride in the fact we are accredited.  Compliance with standards has been instrumental in identifying issues in a timely manner.  In reviewing the standards, I became keenly aware of the fact we needed more female officers. I also realized we needed to improve our recruiting and testing procedures for these applicants as well.  We set about to develop a plan to achieve this.

We are currently working with a female applicant who initially failed our physical testing.  One of our captains developed a strength program and worked with her to improve her overall strength and conditioning.  As a result of this she has now passed our physical testing and is continuing in our hiring process.  In addition, we are developing plans to provide physical training guidelines to applicants so that they can successfully complete our testing process.  This should improve our overall applicant pool.  We have also revamped our recruiting plan to target females and minorities in our application process.

As I reflect back over my career I have seen many changes, some good and some not.  I believe CALEA may be one of the best to come along because it causes one to look at potential problems so they can be corrected prior to them getting out of hand.  Law enforcement has had a tendency to allow problems to grow until they become large and part of the culture.  The CALEA process will eliminate delay.

It has been said “you can’t teach an old dog new tricks” but CALEA has taught an old dinosaur a few. 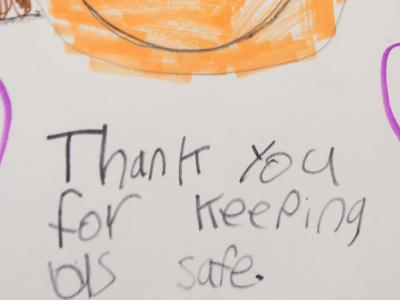 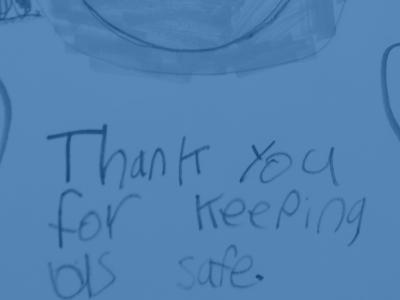